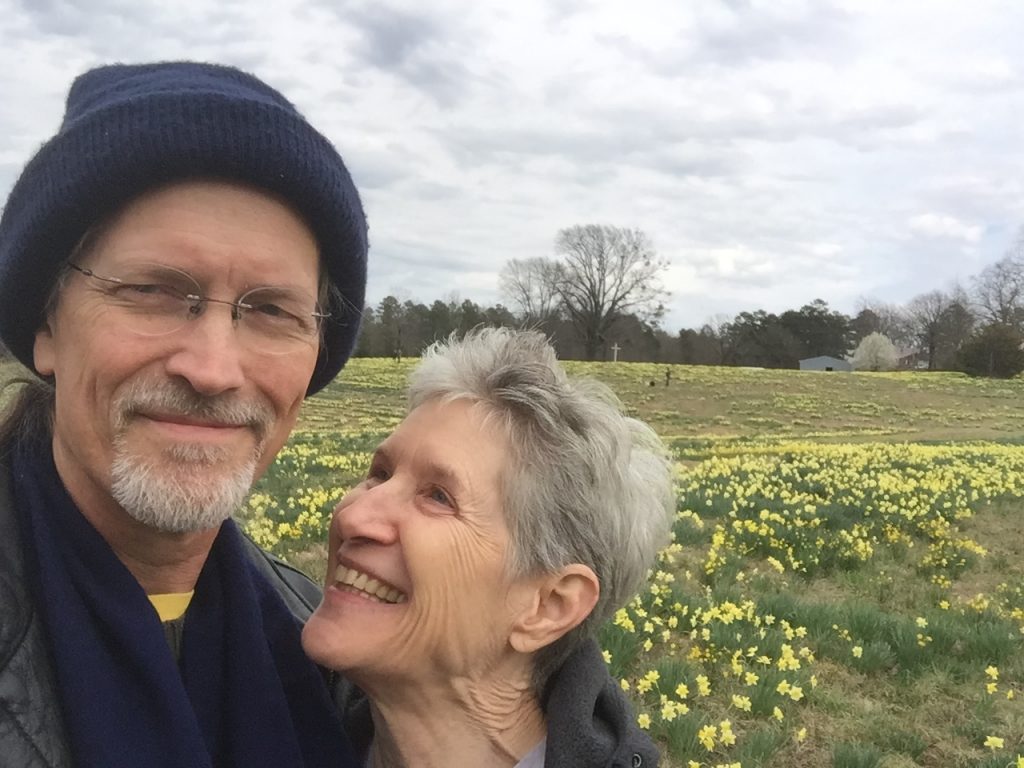 Raised in Hot Springs and a long-time resident of North Little Rock, Karen Hayes wrote poetry most of her life, but it wasn’t until the death from Alzheimer’s of her husband, Bobby J. Hayes, that she shared it with the public. Since then, Karen became a major force in the Arkansas poetry community, performing at venues throughout the state. She was known for her Poetry on Demand, using a 1971 manual Olivetti typewriter to write poems for people at events like the monthly Argenta Art Walk.  Karen visited dementia wards and VA homes as a facilitator for the Alzheimer’s Poetry Project, using poetry to connect with residents and caregivers. An avid runner, on her 62nd birthday Karen ran 62 miles. Karen Hayes died unexpectedly January 31, 2019, with friends and family at her side.  At the time of her death, Karen was working on an Alzheimer’s book, a mix of memoir and poetry.

Karen’s story was read by Mark Hotchkiss, the man in Karen Hayes’ story.

Karen was the light of his life. A New England transplant, Mark is on staff at the Central Arkansas Library System’s Main Library in the River Market. Mark has performed in local theater and sings with the a cappella vocal quartet, Zirconium.